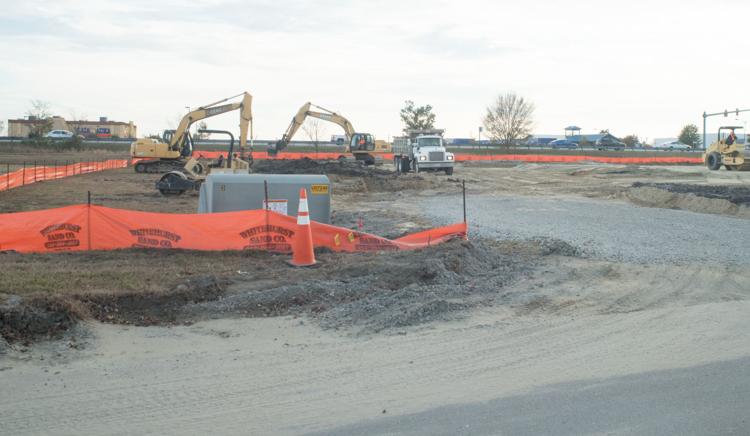 A Miami-based construction and real estate development firm has broken ground on a new retail center off Halstead Boulevard Extended that will bring three new businesses to Elizabeth City, one of them a dental practice.

FRONTIER Companies began site development on a 64,000-square-foot lot at 3875 Conlon Way on Nov. 11 for what it says will be a 7,367-square-foot retail center. The company’s current projection date for completing the center is February 2020, Luis Davila, the project manager, said in an email last week.

The retail center, which is at the corner of Halstead Boulevard Extended and Tanglewood Parkway near the Walmart Supercenter, is fully leased and will feature three tenants: Aspen Dental, T-Mobile, and Great Clips. The retail center will include 67 parking spaces, Davila said.

Each of the tenants was “looking to expand their presence in the area,” Davila said in the email. He did not provide any estimate of how many jobs the retail center will create.

Davila said FRONTIER chose to build the retail center on the growing Halstead Boulevard Extended corridor because it “saw the potential Elizabeth City had to offer, its great opportunities.”

“We have preferred relationships with several national tenants and brokers who asked us to find them an opportunity in Elizabeth City. We’ve built several projects in North Carolina but have since sold them,” he said.

Davila said FRONTIER did not receive any government incentives to build the center, and the only major requirement imposed by local government was screening of the center’s rooftop heating and cooling units so they won’t be visible from the street. He did not provide an estimation of the project’s cost.

FRONTIER’s building division, which has a satellite office in Moyock, is managing construction of the retail center. Local subcontractors and construction workers will be employed on the project, he said.

A FRONTIER subsidiary, Elizabeth Tanglewood LLC will own the center and it will be managed by Geneva Management, a property management company also based in Miami.